The Once and Future King

Will King Arthur come again one day to save Britain in her hour of need? Does he lie sleeping with his knights at Glastonbury Tor (pictured left) or does the signpost (pictured left and below at Glastonbury Abbey) mark his last (and final) resting place? These are the questions I’ll be asking when I take up my writer’s residency in the UK in a few week’s time!

Following on from my novel I, Morgana the sequel will see Morgana’s daughter, Marie, adrift in our own world, composing her lais and trying to hold at bay the terrifying images of the vaporisation of London that haunt her, as they haunt a young woman of our own time, who holds our future in her hands – if only she can be persuaded to honour and fulfil the ancient prophecy and magical practices of her namesake. 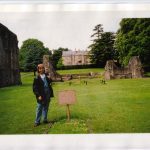 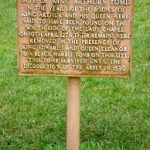 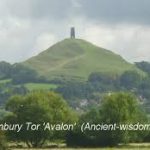